Really enjoyed this class with you guys and to share the comments every week.

This semester is my last in U.S. and I’m going to visit my homeland on 8/24 and to Austraila on November after my last birthday in 2o’s.

Once again, thank you all for that gave me great memories and experiences.(Especially to Professor Anderst !)

It means a lot to me.

Have a nice summer and good luck! 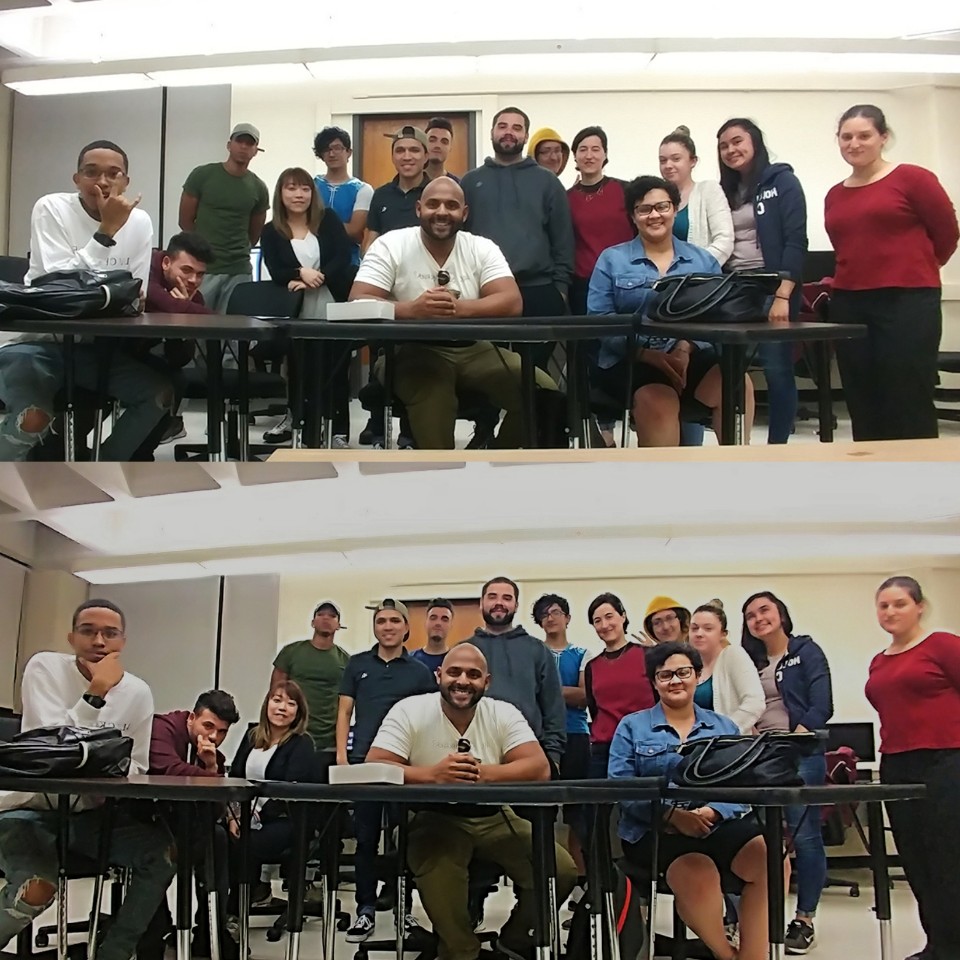 P.S. Sorry about the blurriness 🙁 was on selfie mode that’s why

Currently sitting in our last class thinking about everything we’ve done and all the different films we’ve watched. I’ve definitely enjoyed this course and learning about films makes me look at other films differently. Different in a way of greater understanding. I’m sure many if not all of you will agree with me. The most interesting film to me was “Highschool” due to the reason it was so raw and familiar to my past experience. Least enjoyed film was “Act of killing” found it disturbing and unnecessary. I understand that there’re some crazy people out there who enjoy and think of acting in that manner but don’t think it should be recreated in form of entertainment. Highly recommended to take this course if looking for a different experience in college plus it’s a writing intensive course and WE NEED THAT. –ROB, OUT.

This short film was very interesting in my opinion. It is very hard to believe that these women had to withstand these conditions during childbirth. These women were just all thrown in hallways all on top of each other while being in pain. For them its not that big of a deal because that’s all they know and are used to but coming from here I’m used to seeing where at most 2 women share a room after childbirth and during they are in a room completely on their own. It was also kind of heart breaking to hear these clinic personnel basically pressuring that woman to get her tubes tied when she really didn’t want to. She wanted to wait for the next time she gave birth and they were kind of not giving her an option to do what she wanted. I feel like us as a nation should be trying to make an effort to go down and help them by maybe building more hospitals or even providing more medical assistance. These places are in great need and I feel like we never hear about things like this where the help is actually really needed.

This film is extremely disturbing and painful to watch, especially since i have recently given up McDonald’s for good. Just knowing that is the food that I used to put into my body, and i know that it is different now because there is no more supersize option but the chemicals and operation of the company is still the same. The company really doesn’t care for their clientele as long as they are still providing them with profit. This man pretty much risked his life to help try to prove a point and try to change the way that McDonald’s functions. Towards the end of the film he was constantly trying to contact someone from the higher end of the company to get an interview and he NEVER got any type of response or attempt of getting contacted back. It’s crazy how these big corporations really don’t care about the health and well being of their consumers just as long as the continue to receive their income. Big businesses never wanna be faced with the fact that they could have done something wrong or be in  the mist of bad publicity. Everything pretty much needs to always be honky dory with their image and the way that they run things, in their eyes if anything bad or wrong happens its because of the faults of the consumers. This film was very difficult to watch and take in all the information especially since I have been eating this food ever since I could remember. And even when I see children eating fast food now that I am not eating it anymore it really bothers me to see them ingesting these FAKE foods, because that’s basically exactly what it is , it’s nothing but processed junk, there’s nothing real about it.

This short film was very entertaining for me, since I am a teacher’s assistant. On a daily basis I constantly see all different types of facial expressions based on the different things that we do with them. Children are very fascinating and complex individuals, they are constantly observing and learning everything that is around them. Everything to them is brand new seeing how everything is a new experience. Children have no type of filter, they say whatever comes to mind and they aren’t afraid to say what they feel or see. They are 100% open minded because they don’t know anything other than trying new things and asking questions since they have no experiences to base their judgments against. This film was a little intense to an extent, mainly because I’m not sure how ethical it is to purposely scare a child to the point of hysterics constantly just for the purpose of a film. Then again I don’t know what the agreement before hand was between the director and the child’s parents, they may have given the director full range to conduct his experiment. which is another way to look at how things are done with children from the ages of birth to I would say about the age of 3 everything is a huge experiment on what they like, dislike, etc. I also kind of wish that there would have been a part two to this documentary to get the child to explain what they saw and how they felt about it. That is also fun to hear the way in which a child at that young age explains things seeing how they don’t always have all the appropriate words to describe things. 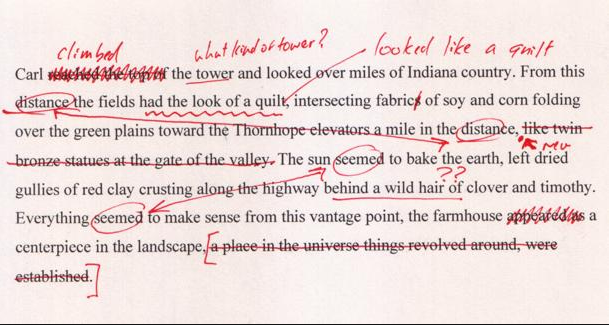 Hi Everyone – This is simply a reminder that tomorrow night in class, you should bring three printed copies of your paper drafts – the research paper or the analytical paper about your short documentary. I will collect one of the drafts and you will look at the other copies with a peer review group. Please feel free to let me know if you have any questions!

Act of Killing is the most disturbing film we have seen. I say that because it wasn’t like the film we saw about the Nazis that showed all perspectives of the soldiers and the victims. This film only tells us what they did to kill the people. They glorified the way they would torture and kill the people of Indonesia. We didn’t get any history background of the event. The main focus was to highlight how Anwar Congo a gangster in Indonesia used to kill all the people. The film didn’t have a purpose even if the purpose was to show the bad things that happen in the even why do it by filming Anwar try to create a movie reenacting all the ways he killed? Seems absurd to try and give fame to such people.

The documentary “The act of killing” broke in Indonesia the long silence around one of the darkest chapters of its history: the slaughter of at least half a million people by its supposed connection to the communist party.

This film, directed by the American Joshua Oppenheimer , has opened for the first time the public debate of events that occurred almost half a century ago, during the last years of the government of the president by Sukarno, to lose control over the Army and to collapse its politics of balance Of the nationalistThe film, which has not received the official authorization to be displayed in the cinemas of the country, contains the version of what happened to several Indonesians who participated directly in the persecution of sympathizers and members of the communist party and have never Been tried

The main protagonist of the film is identified with the name of Anwar Congo, a septuagenarian from the north of the island of Sumatra who openly acknowledges that he killed several hundred people for his alleged militancy in the communist ranks. On camera Anwar is charming, almost goofy, with a big smile and a naiveté that seems to mask a secret cunning. Contrast his gentle character with the terrible deeds he describes—he proudly claims to have personally killed a thousand people—and you’ve got cinematic gold. Oppenheimer explained to Efe that it was easy to convince Congo and others of the “executioners” to agree to appear in the film, which for him still means “a clear symptom of the climate of impunity and the applause that these crimes receive.”

This film disgusted me, but I am sure that was the intent. The main character in the final scenes awkwardly dry heaving, was that for our benefit? So the world knows that after 40 years he “understood” what all of those people went through? The Act of Killing actually attempts to address the question of what Anwar thinks of the film. The Act of killing it’s such a complex document, so multilayered and self-reflexive, that the story behind the movie is even more compelling to me than the story it tells.

I’ve had my mind on this film for a little while now. I was thinking as to whether or not i’d watch another documentary and write about that or write about this one. The reason for that being is the actress/film maker Sarah Polley starts out seeming to want to make a film about the mother she never really knew. Her mother was also an actress with a story you probably wouldn’t want to make public. I keep asking myself why. Why would you risk tainting the way everyone saw her mother? She incidentally found out her father was not her biological relative. Through her research she eventually comes across her biological father and another man who was sleeping with her mother while she was married. Who knows what else she had done in secret. I think to myself usually when a woman gets demonized for infidelity the argument i hear if it had been a guy he would of been “the man” but that’s not the way i think. Men should absolutely be demonized for their transgressions, just as harshly. we live in a constantly evolving world where we should slowly mold ourselves into what we want to be. We all have faults, i have a huge problem with procrastination i can admit that freely. I overthink almost every aspect of my life and in the end i feel i haven’t achieved anything just getting lost in thought. In doing so i cause myself great anxiety. So in a way stories we tell reminds me of what i just did. Tell a story about myself that does not serve a purpose.

Need help with the Commons? Visit our
help page Send us a message

Built with WordPress Protected by Akismet Powered by CUNY